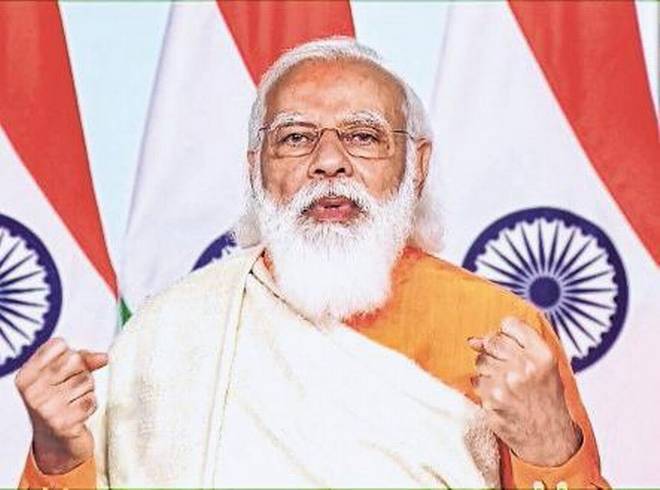 Prime Minister Narendra Modi on Monday flagged off the 100th “Kisan Rail” from Sangola in Maharashtra to Shalimar in West Bengal via video-conferencing.

The multi-commodity train service will carry vegetables such as cauliflower, capsicum, cabbage, drumstick, chilli and onion as well as fruits like grape, orange, pomegranate, banana and custard apple, according to an official statement.

Loading and unloading of perishable commodities will be permitted at all stoppages en route with no bar on the size of consignment, it said, adding that the Centre has extended a 50% subsidy on the transportation of fruits and vegetables.

It may be noted that the first Kisan Rail was introduced from Devlali in Maharashtra to Danapur in Bihar on August 7, which was further extended up to Muzaffarpur.

Following good response from farmers, its frequency was increased from a weekly service to three days in a week, it said.

“Kisan Rail has been a game changer in ensuring fast transportation of agriculture produce across the nation. It provides a seamless supply chain of perishable produce,” it said.

The launch of the train by Mr Modi comes amid protests by a section of farmers against the Centre’s three farm laws near Delhi’s borders.